« Essaouira has brought another 10,000 dreams », the artist, JK58, continued, as a dozen children from the city kept writing their own personal wish. « Constellation » is a creative art programme presented to support UN sustainable development goals. The initiative travels the world to collect and connect a billion dreams by 2022. That day, the art piece served as an inspirational door to scale-up citizen-entrepreneurship « from Essaouira, towards the world ».

The making of a statement

« It could have been millions, but it’s a billion, that’s the ambition », the artist confirmed.

That is a mindset, a shared necessity to « make a statement, have an impact», Vuln9 Security Services co-founders Zakariae El Khdime and Mohamed Amine Belarbi echoed later on. 150 business leaders, artists, change and policy makers joined Thinkers and Doers « General Assemby of Citizen Entrepreneurs and Organizations » early July, in the bright light of Dar Souiri, Essaouira, Morocco. At the heart of Essaouira Mogador’s home, the community discussed the empowerment of citizen initiatives, how ethical hacking could lead to provide security, transparency, social innovation to major companies and governments around the globe. From making a statement to scaling up. 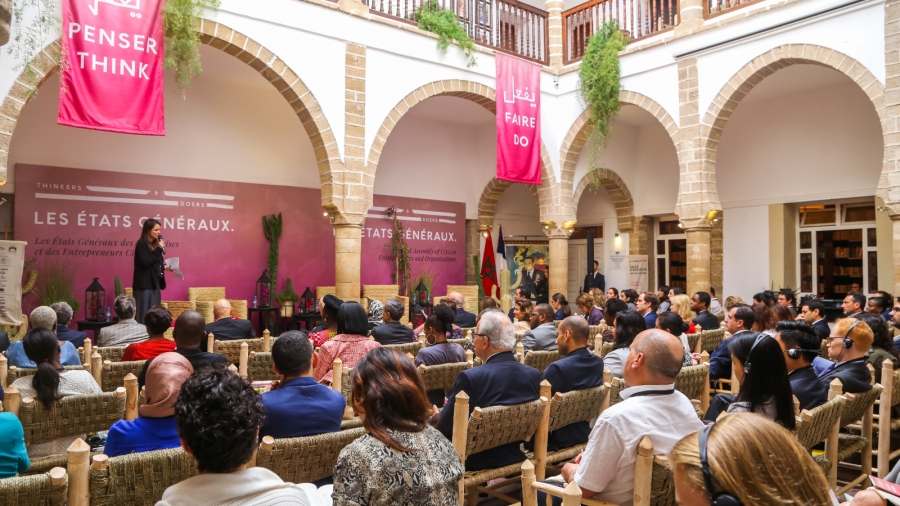 This shared knowledge framed the core thinking behind the Essaouira declaration:

8 propositions for G20 and African Union governments to support citizen initiatives with concrete actions ranging from legal and economic frameworks to education and social innovation.

Discussions, talks and workshops explored initiatives and platforms to develop a scalable, social and sustainable impact. « Citizen entrepreneurs are good citizens in the first place», the audience remarked during the talks.

How can we scale citizen initiatives up to the global investment level?

How can businesses contribute to their ecosystem? How can private-public-partnerships and startups develop social impact at a larger scale? Critical requirements outlined by speakers included a universal access to skills and ressources, the development of an entrepreneur culture, the ability to finance common good. Attendees also demonstrated that startups could not succeed alone, nor could governments alone, nor could NGOs alone. As projects evolve in networked purposes and missions, their success depends on « communities, scales and technologies », Lex Paulson, head of international operations at D21, outlined.

The audience questioned the financial performance of smaller scaled projects, but also expressed concerns about the human and social impact resulting from financial-based decision-making. The purpose was to « re-synchronize with our time », experiencing the idea that concepts such as ‘progress’ and ‘growth’ evolve.

The diversity of viewpoints illustrated the rise of a new post-modernism, questions reshuffling common imaginary, experts left with no choice but to re-invent.

Is creativity able to replace work as a value? « How do we want to fill the void between individuals ? », Michael Dandrieux asked, as sociologist and Eranos founder. How can we serve society to scale-up?

« A social contract can only be lived, not written », speakers reminded.

That is perhaps one cultural disruption we are still to ignite « with business cases to promote change, cultural adaptation among employees », indicated Corinne Caillaud, Microsoft. Scale as the ability to engage, to value the audience, since « communities depend on their power to decide and contribute », Lex Paulson explained. 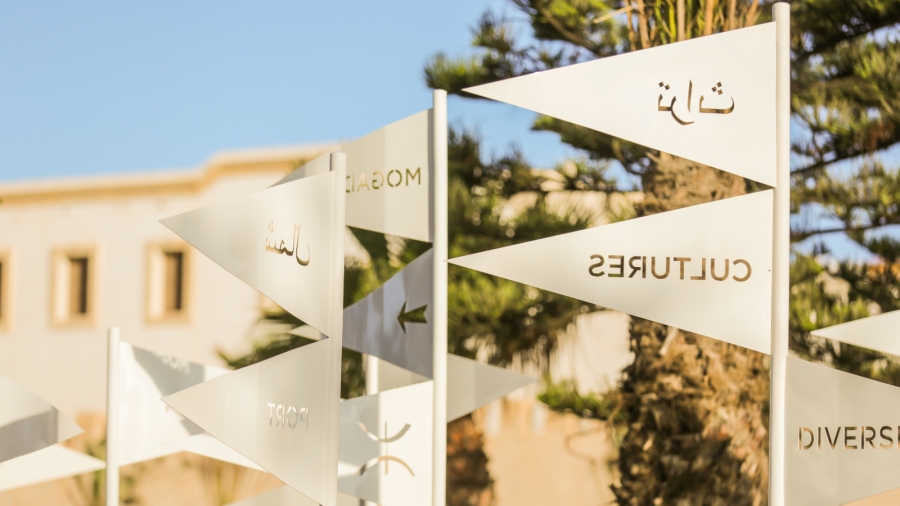 Centuries of citizen dreams and ambitions have given birth to Essaouira, a peaceful and lively fortress welcoming the world’s cultures and religions.

The conference opened the floor to inspiring encounters with change makers carrying this one drive, one mindset: the idea that better can be done, the appetite to scale up. Civic hubs, positivity index, knowledge platforms will follow the general assembly to reach out to society. As collaborative projects to answer Essouira’s call, they aspire to spread an attitudinal change based on trust and creativity:

empowering citizens to define a new paradigm, at scales where a billion dreams come true.

2 thoughts on “The Citizen Scale”